For Sam Farber’s wife, it was uncomfortable and painful to prepare dinner for her husband. She had arthritis and her hands suffered with tasks as simple as washing pots or peeling vegetables. It was also a torment for her husband, and he was looking for a solution. Why could peeling a few simple carrots be so distressing? Why weren’t there kitchen utensils that were comfortable and easy to use for everyone?

In 1990, at 66 years of age, Sam founded OXO with the idea of creating kitchen utensils that were comfortable for all types of users. For his design team, Sam hired Patricia Moore, an industrial designer and gerontologist. Up until OXO arrived on the kitchen utensil market, these utensils had been designed so that manufacturing them would be easy, fast and as inexpensive as possible. Under the direction of Patricia, or Pattie, OXO redesigned most of the utensils that we have in our kitchens today, and the tools in our kitchens took a radical new direction: products for young and old, men and women, right-handers and left-handers and, of course, for people with special needs.

Pattie is not a conventional designer. In the 1970s, she worked as an industrial designer in Raymond LoewyLoewy’s studio in New York. At the time, she was the only woman among the studio’s 350 employees. Industrial design in those days was mainly focused on upper-middle class Caucasian users with 2.3 kids as the “Average Users.”

One of Pattie’s greatest concerns was the “other users” such as children, the elderly and people with disabilities. Pattie decided to learn firsthand what it truly feels like to grow old, for the purpose of being able to design products that could REALLY be used by everybody.

At 27 years of age, Pattie put on her grandmother’s clothes, bought uncomfortable shoes that made it difficult for her to walk, put earplugs in her ears that prevented her from hearing correctly and wore glasses with lenses that distorted her sight. From 1979 to 1982, Pattie traveled to 116 cities in the United States and Canada, simulating, in that way, the sensory capacity of an eighty-year-old-woman. Her mission was to deal with social situations, products and settings as an elderly person. 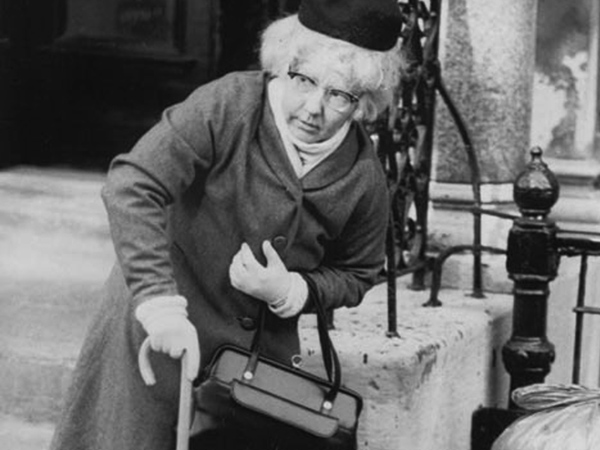 After those three years, we have Pattie to thank for an enormous amount of information about a very extensive number of users and settings, as well as for the creation of nine different personas ranging from a homeless person to an upper-class woman. Her objective was to determine how economic status influenced her experiences. She also studied reduced mobility levels, using different canes and wheelchairs.

Pattie’s story shows us how our unverified assertions, beliefs and dogmas do not form part of what we might call “Good design“; rather, as Paul Graham puts it very well: “Good design solves the right problem.”

Designers that light a path

Thanks to the work of designers like Pattie, our community draws on information that is fundamental to developing our work. The greatness of these professionals is precisely their zeal to spread their knowledge. It’s everyone else’s duty to listen, to learn and to debate about new concepts and ideas.

This May 10th and 11th in Valladolid, Spain, the second UXSP conference (Conference for User Experience Professionals in Spain). will be held. This is a unique opportunity to learn firsthand from outstanding professionals—there will be many professionals like Pattie there explaining their experiences, discoveries and knowledge.

Both @oconstanza in her post “UXSpain 2013: Our Second Meeting” (Spanish) and @kremaster in “5 Assignments for UX Spain 2013” (Spanish) explain their wishes for this new edition. In my case, I hope to come across examples, methods, ideas, approaches and inspiring people that will help me find the real problems hidden in each new design project.

A special mention to the organizers: César García, Yusef Hassan, Sergio Ortega and Sergi Sánchez Mancha. We are all fuelled by their efforts and dedication. Without them, the Spanish UX community would be bereft.

Unlearning and relearning is the biggest challenge in our environment. Attending events like UXSpain with an open mind—willing to call into question our own convictions—is a hard task, both professionally and personally. Without the spirit to change, we will never be able to improve.