In the hot summer of 2009, a group of students from the Massachusetts Institute of Technology volunteered for a negotiation techniques course. The students had to sit in an office, where they were shown a new car and its list price: $16,500. In order to be able to practice their negotiation techniques, they were face-to-face with a car dealer, and they were encouraged to get the best price possible.

The type of negotiation that the students used—more aggressive or more persuasive—the amount they were able to negotiate with the dealer, whether they were more or less flexible when accepting offers, depended on their skills as negotiators, but also on the kind of chair they were sitting on.

With this experiment , they were looking into whether people can be influenced unwittingly by their sense of touch. Half the students were sitting on hard wooden chairs, and the other half on cushioned chairs. The students seated on hard chairs were less flexible in their negotiations and without exception offered less money for the car—an average of $347 less. The experiment demonstrated the correlation between hard surfaces and hard attitudes. The seat’s hardness subconsciously triggered the concept of stability, which our brains translate into a more strict negotiation attitude.

I want to talk about the influence or persuasion our designs have on people’s behavior. Back in the 1960s, Paul Watzlawick said it was impossible not to communicate. Even if we remain silent, we communicate something. All designs have a communicative element, and this attempts to influence the design’s recipients. Do you remember the chairs in your classroom and their layout? What did they say to you when you were sitting in them? What did they persuade you of? One teaches and the others listen. You learn while sitting. You learn by yourself, individually. The rules don’t change because the chairs are nailed to the floor… This example and information is used by Sebastian Deterding, in his TED Talk “What your designs say about you.“.

Imagine a panel integrated into your car that motivates you to save fuel. This system is called Nissan Leaf Carwings, and it lets you compare your behavior with that of other people. Thus, you take part in a ranking to reward the most efficient driver. The intention of this system is good, but what are its effects? This system increases drivers’ risky behavior. Some drivers did not brake at red lights, since stopping the car and starting it again consumes more fuel. 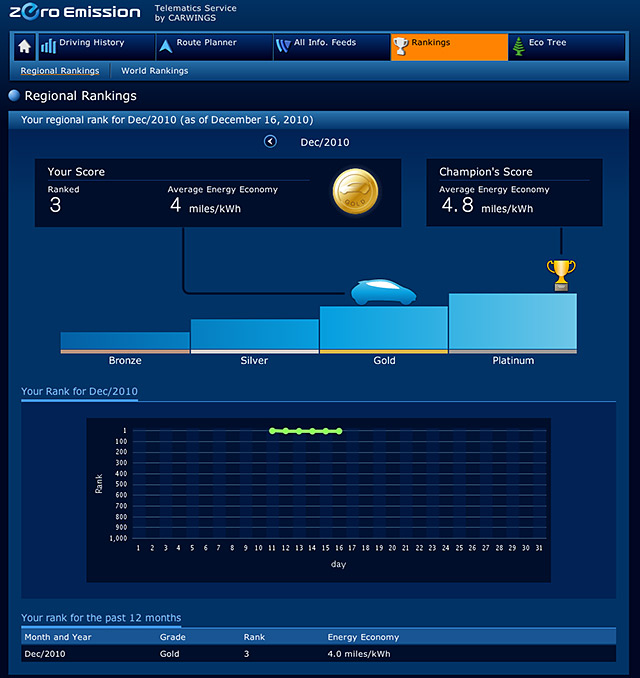 Our designs have an influence or persuasion on people’s behavior.Now, the question would be: Is it right to try to change people’s behavior? Honestly, I don’t know. But it is certainly something we have to keep in mind when planning our interactions. We must anticipate an influence over people’s conduct, and determine if these influences will be moral or immoral. Now, I will tell you about some of the curious influences in which our moral code works improperly.

I talked earlier about economist Dan Airely. His main premise is that we are irrational beings in our decisions, but our irrationality is predictable, so we can discover these patterns and from then on try to improve our responses. Our understanding is that in immoral behavior there is a cost/benefit rule. You think: “What is the likelihood that they catch me? What can I gain by cheating? And what is the punishment if I am caught?” Ariely maintains that this is not exactly true.

Many people cheat, but just a little

In his first experiment, Ariely prepared a test with 20 simple math problems that anyone could solve, but the time given—5 minutes—was not enough to solve them all. Those who took part in the test were paid a sum of money per question solved. With this system, the students solved on average four problems.

Now we begin to complicate things. If the students were told that after five minutes, they must shred their exams and state the number of questions they answered, the average number of problems solved rose to seven. This number was not affected by the amount of money they were paid per question: 10 cents, 50 cents, one dollar, five dollars or 10 dollars per answer.

The first conclusion was that if you design a system in which it is easy to cheat, many people will cheat, but they will do so only a little bit. Dan Ariely holds that this is due to the fact that there are two forces within us. On the one hand, we like to think of ourselves as honorable people, so we do not like to cheat. On the other hand, when committing small acts of dishonesty, such as borrowing paper from the office, we do not have the feeling that we are doing anything immoral.

When we remind people about their morality, they cheat less

Ariely continued complicating his experiments. In the next step, he divided the class in two. Before beginning the same test as before, he made 50% of the students remember the 10 Commandments. The other 50% simply had to remember a list of the last 10 books they had read. Regardless of the students’ level of religious belief, the people who were asked to remember the 10 Commandments COMPLETELY stopped cheating on the test. This even happened with the students who were atheists. With the other 50% of the class, the levels of cheating stayed the same as in the previous test. Later, they switched the 10 Commandments for MIT’s honor code. The results were the same, and no one cheated. The funniest thing about the matter is that MIT doesn’t have a code of honor.

The greater the distance between the object and the cheat, the more people cheat

I already discussed this in my previous entry, Morality 1. In the experiment, Ariely replaced the money given to students with “tokens,” a sort of voucher that they could later exchange for money. In this way, a distance was put between the money and the students. Now, they didn’t have to say: “Mr. Experimenter, I solved X problems. Give me X dollars.” Students could now have a greater distance from their immoral act. “Mr. Experimenter, I solved X problems. Give me X tokens“. In order to better understand this distance, think about how you feel when you take pens home from work, and how you would feel if you took the cash value of those pens from your office to your home. By simply switching money with tokens, the students’ level of cheating directly doubled.

When we see people cheating around us, especially if they are people in our group, we cheat more

Ariely carried out another experiment. In this case, he got a large group of students, and he paid them ahead of time. All of them had an envelope with the total money for the 20 problems. At the end of the exercise, they were asked to return the money they did not earn. Like in the previous cases, a large percentage of students cheated, but only a little bit.

In this experiment, there was a student who was an actor. This so-called student got up 30 seconds after the test began and said: “I answered everything. What should I do now?” The professor in the room said: “If you’ve finished already, you can go“. In this case, it was obvious to all the students that this was a major trick and that there were no consequences for the offender. What happened next with the rest of the students? Did they cheat more or less?

To conclude this entry, we will talk about one of the controversial theories in criminology in recent times, the “The Broken window theory” The theory says that if when you are walking on a street it is full of garbage, the walls are full of graffiti and all the buildings’ windows are broken except one, it is very likely that you intend to pick up a stone and break the window that has not been broken yet. It is assumed that this would not happen if you walked on the same street but the street was free of graffiti and litter, and all the windows were like new. This is supposedly an example of how context influences our behavior. It is also a reflection of the importance of fighting petty crime, in order to prevent it from transforming into more serious crimes. Although the theory was developed in 1982 by social scientists James Q. Wilson and George L. Kelling, this theory’s true promoter on a large scale is Malcolm Gladwell, in his very famous book “The Tipping Point: How Little Things Can Make a Big Difference.“

These two entries dedicated to morality are sadly inspired by the events that we are undergoing in Spain. I want to believe that we are going through a process in which the old has not completely died and the new has not been fully born yet. Let’s not throw in the towel in these tough times as a country and as a society. Let’s think of design as a transformative force to make the world a better place.