In 1967 K. V. Switzer had trained hard in order to run the Boston Marathon. Her main concern was being able to finish the race. That is why she included in her preparation longer distances than those in a marathon. On the day of the race, when Switzer was on her third kilometer, the most famous snapshot in the 150 years of the Boston Marathon was taken.

Jock Semple, co-director of the race, came flying up right behind Switzer. Screaming “Give me those numbers and get the hell out of my race!” he tried to push Switzer and throw her out of the race. Tom Miller, athlete and American football player, was able to prevent this with a formidable block. Semple ended up rolling on the ground, while Switzer was able to finish the race. 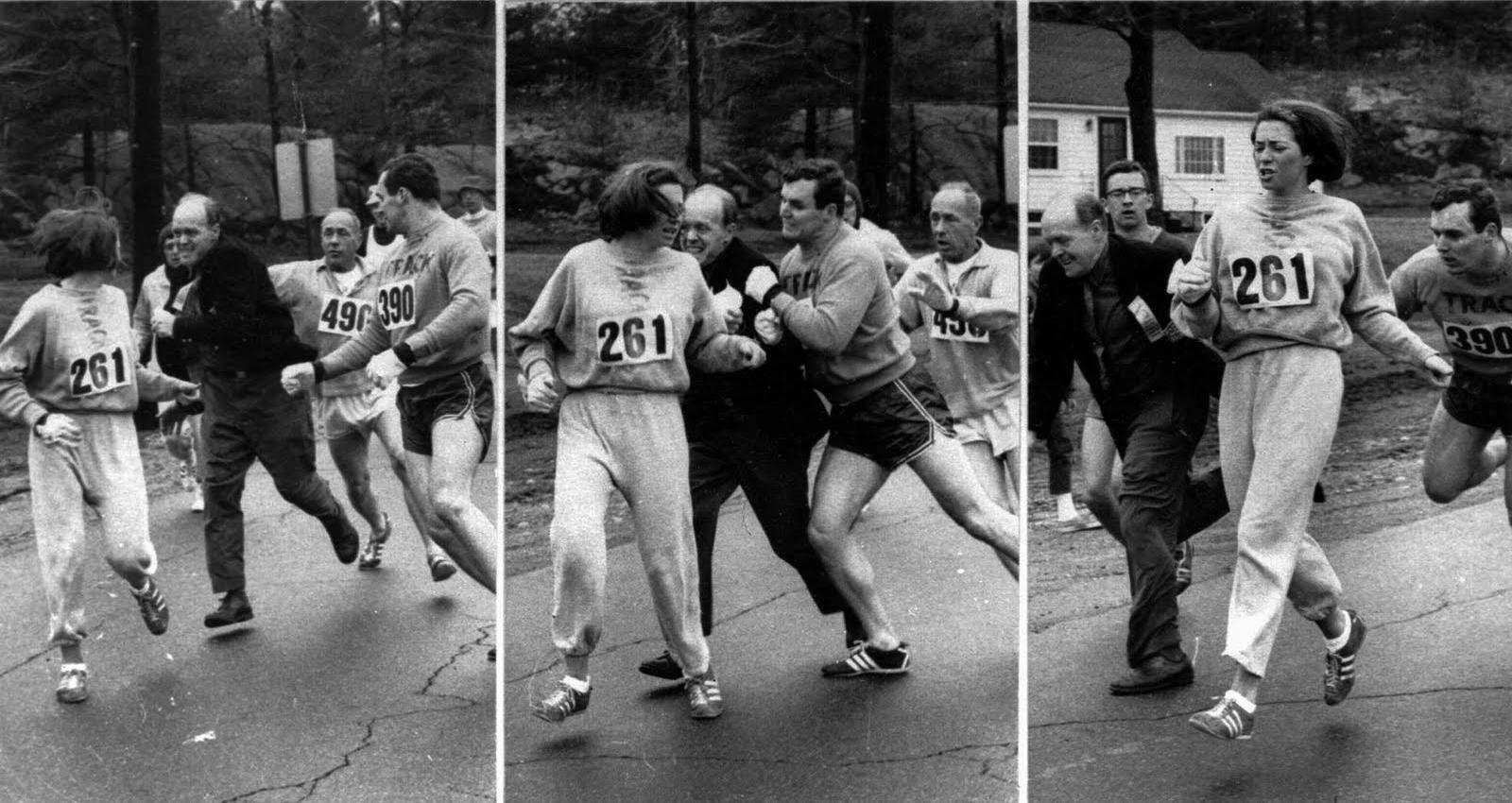 The reason Jock Semple wanted to throw Switzer out of “his race” was because she was a woman. That a woman would want to run a marathon was something so strange for men of that time that they did not even bother to include it as a ban in the marathon’s rules. Five years later, women could compete and enjoy the race together in the streets of Boston.

I have nothing more to offer than: blood, tremendous effort, sweat and tears.

Change needs motors. Making an entire generation understand that women had the right to compete in long distance races was the task of a woman, of many women. Making the organizations we work in understand that user-centered design is fundamental and cuts across an entire organization should be your task—the task of all of us. In countless companies, users have no one to defend them. Fortunately, the natural selection of the market is making these companies disappear.

There is a growing demand for our services. Companies that do not yet fully understand our discipline have begun to sense the potential value of our work. Now is the time to assume our responsibilities and lead the change that is about to come. But how should it be done? I propose four steps we can discuss.

We would save ourselves so much time and so many disappointments if we were clear that Torres Burriel is ALWAYS right (Spanish).

#UX is about money. Sorry.

If you have the feeling that your bosses, your clients or the CEO of your company are not listening to you, most likely you are not speaking the same language as them. If we are not able to express the value of our work in economic terms, we will never be seen as a profitable investment. We must strive to speak in a language that the company can understand: NUMBERS.

Quantifying our actions is the best way to highlight the value of our work. If we drive our arguments with measurable and quantifiable data, our hypotheses will be perceived in a more objective way and will be accepted more easily.

United we stand, divided we fall

Don’t be an island in your company. Build bridges with everyone and with everything. Start with the most obvious: win over the visual design team. Make them participants in your projects, journey creation, persons, tests with users, etc. Don’t just give them a report with conclusions—make them see live and firsthand what is happening with their designs in the hands of users.

Don’t stop there. Marketing, programming, business, etc. At the beginning of each new project, try to get them on board. Prototyping as a group could be a start. Hand out copies of your documents to everyone. Put up on the walls the definitions of users and the touchpoints. Make it so colleagues from different departments spend 5 minutes in front of these documents with a coffee in their hand.

The less effort, the faster and more powerful you will be

Don’t waste your time or detract from your conclusions in endless battles. Present, explain and fight for your proposals with the people who can make them a reality. Seek the right interlocutor in the right moment. Avoid fighting with toxic people in your company. You don’t have to fight every battle, but make sure you win the important ones.

A critical task within our organization is to communicate—transmitting information and knowledge to the other components of our teams. Communication skills do not just come out of nowhere. Like any other skill, they are acquired after continuous exercise. We have all had teachers and mentors inside and outside our company, but we have also felt alone and disoriented when tackling tasks that were new to us.

Let’s help our colleagues in the profession and all those who want to join it. If you have knowledge on something, tell people about it. If you had a problem and were able to solve it, tell people about it and prevent others from having that problem. We need to be united. We must find and defend the same ethical and moral values. That way, these values will be transmitted to the companies we work for, regardless of the name of the designer who temporarily works there. We must seek to solve the real problems of our users and avoid superficiality. In this way, we will avoid the risk of becoming irrelevant. We need to write more, talk more, teach more.

So don’t be shy. Send your proposal for the upcoming UXSpain 2014.