Metro Goldwyn-Mayer (MGM) is not just one of Hollywood’s most famous studios—it’s also the second largest company in the world in terms of gambling profits. When the hotel-casino MGM Grand Las Vegas opened its doors in 1993, everything was spectacular. By size, it was the biggest in the world.

Metro Goldwyn-Mayer used its legendary lion as the image in its hotels. The entrance to the MGM grand was an enormous lion’s head through which one entered inside. Tourists and gamblers from all around the world started to arrive.

Shortly afterwards in the MGM Grand, they began to wonder about the lack of bookings from nationalities such as the Chinese—who are great gambling enthusiasts. An investigation then started, which concluded with a surprising discovery.

Far from the splendor sought with the entrance, many Asian gamblers saw it as they were being swallowed up by the lion’s jaws. In their Feng Shui beliefs, this was a symbol of bad luck, which is why the few Chinese people who entered the casino did so through the back door. The entrance was quickly changed to one that is a little more ordinary but that does not scare away Asian customers in Las Vegas. 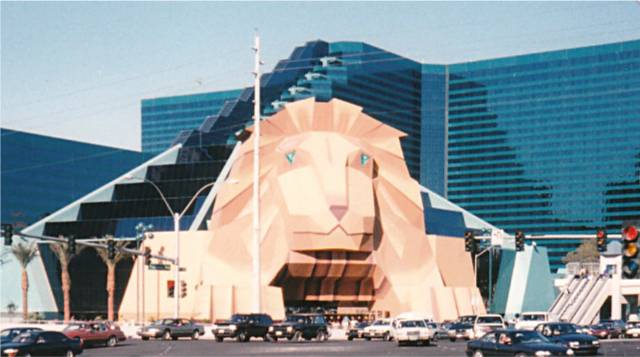 When considering a multicultural interface, there are tangible elements which we can work with: the format for dates, calendars that start on Sunday or on Monday, the way addresses are written, telephone numbers, the direction the writing goes in, measurement units, etc. Metaphors and symbols are elements that care should also be taken with in a multicultural interface. If there is not enough information, it is easy for us to design something that is perceived in a different way by different cultures.

In almost every part of the world, to indicate that everything is fine or to convey a positive feeling, you make the “OK” sign, bringing your index finger and thumb together while stretching the rest of the fingers on your hand. Although we think this is a universal sign, “OK” is not. In Venezuela and Turkey, making this gesture amounts to indicating that someone is homosexual. In France and Belgium, the same sign is equivalent to without value or equal to zero.

In Brazil, the “OK” sign is equivalent to giving the middle finger. A funny anecdote happened in the 1950s when Richard Nixon was on a trip to Brazil. Disembarking from the plane in front of a crowd of supporters and television cameras, he made the “OK” sign with his hands repeatedly and energetically. Imagine a president from another country coming to your country and greeting everyone with an effusive middle finger.

In the age of globalization, cultural differences are reduced and we are witnessing the birth of a shared global culture almost live. But don’t be fooled—there are still strong differences in perception in different cultures over the same symbols. Do not underestimate them.

The pillars of a culture and their impact on interface

Between 1967 and 1973, Geert Hofstede conducted a study in which he measured the influence of national cultures among IBM employees. To do this, he compared the responses of 117,000 employees spread out over 40 countries. Filtering data and cancelling out the influence of the company’s corporate culture, Hofstede was able to detect and measure five dimensions with which to describe cultures.

Using Hofstede’s studies, we can analyze the interface designs and see how they fit or conflict with the cultures we are designing for. Aaron Marcus and Emilie W. Gould carried out a fantastic study “Cultural Dimensions and Global Web Design: What? So What? Now What?” (PDF) in which precisely what they did was give us clues about the elements of the interface that are affected by Hofstede’s dimensions.

According to Hofstede, this is the way power is distributed in a society and the manner in which that society accepts this distribution.

The following are the consequences PD has for interface, according to Marcus and Gould: 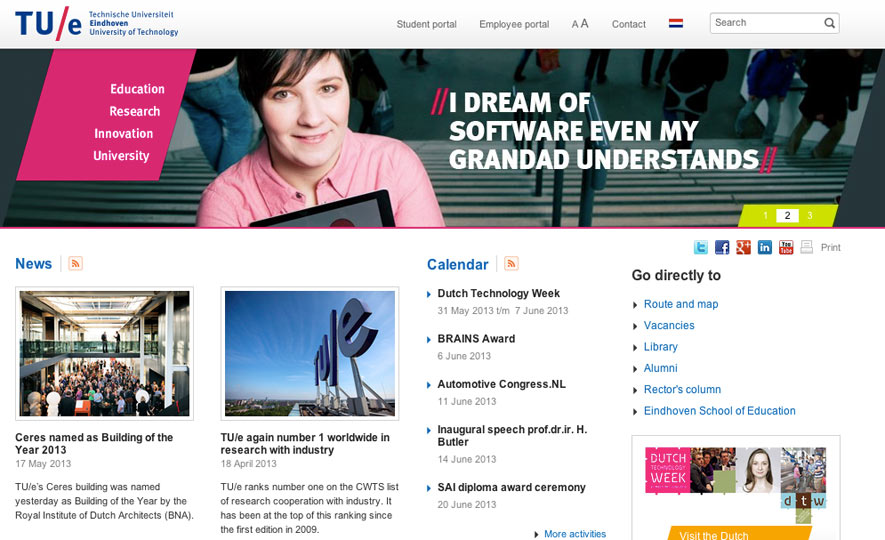 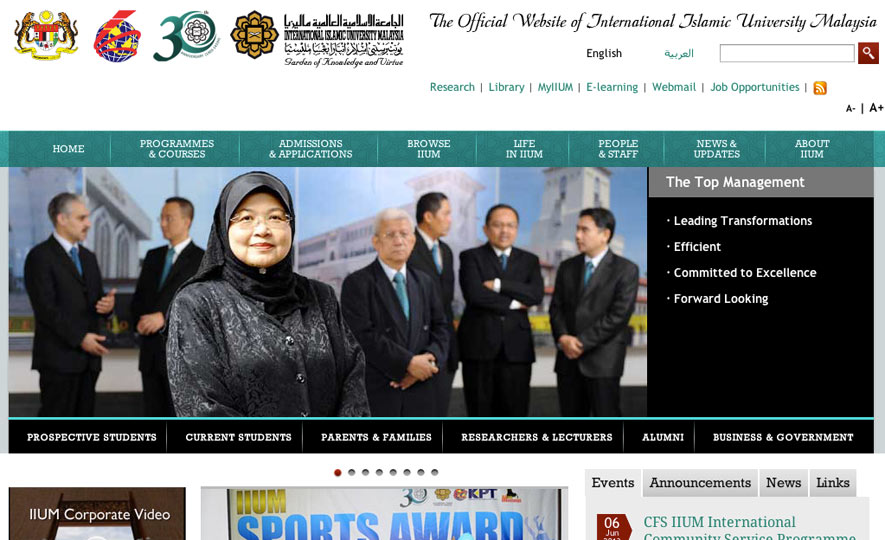 Let’s compare these websites. The first is for a university in Holland, a country with 38 PD points on the Hofstede scale. The second for is a university in Malaysia, a country with 104 PD points. Focus your attention on the symmetry or asymmetry, the hierarchy and positioning of the menus, and on the symbolism of images and logos. Who are the protagonists, the students or the professors?

In individualistic cultures, individuals take care of themselves. Their family ties are reduced to the closest circle. In collectivist cultures, people form larger social groups, with stronger ties that offer protection in exchange for loyalty.

The following are the consequences IC has for interface, according to Marcus and Gould: 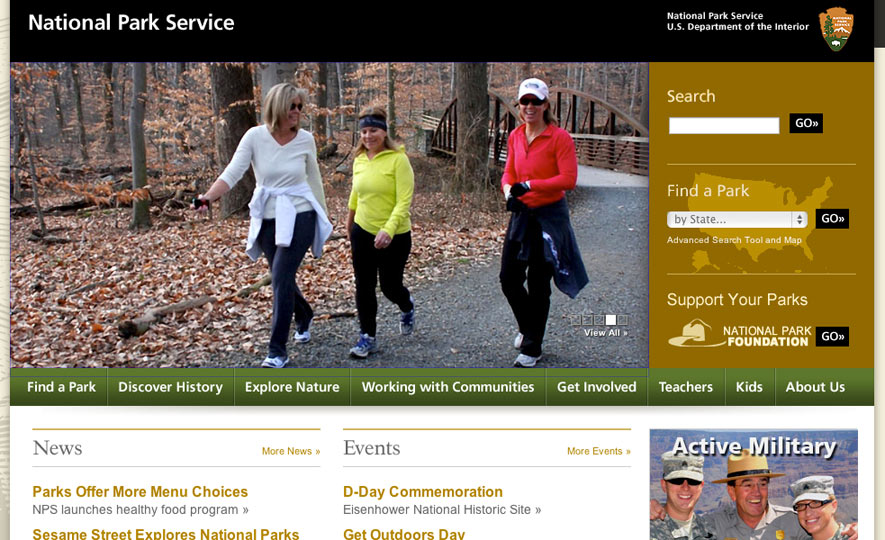 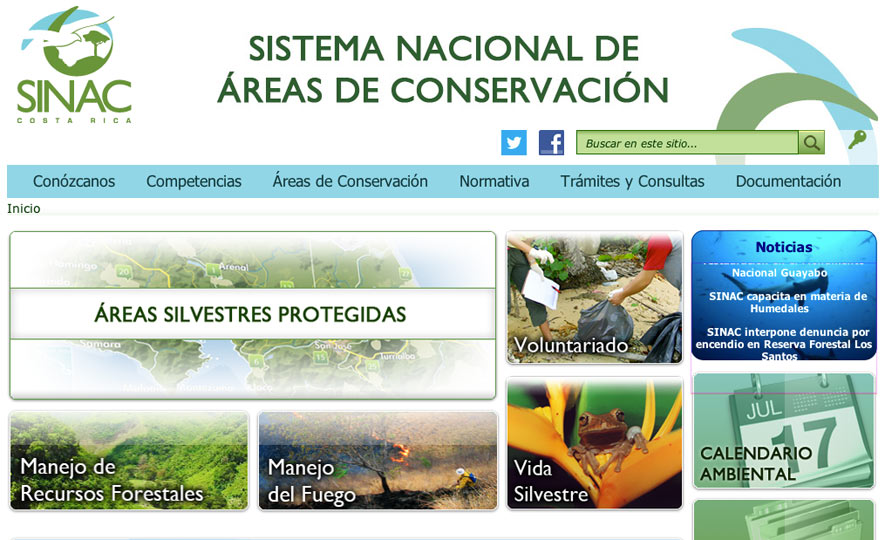 By comparing the websites of nature parks in countries with different IC scores, we can understand it better. The first is from the United States, a country with 91 IC points, the highest on the Hofstede scale. The second is from Costa Rica, a country with 15 IC points. On the American website, the focus is on visitors and on the activities that can be carried out in the parks. In Costa Rica, the focus is on nature, on group plans, the “environmental calendar,” “voluntary service” and “managing forest resources.”

In this case, talking about the emotional distribution assigned to each gender.

The following are the consequences MAS has for interface, according to Marcus and Gould: 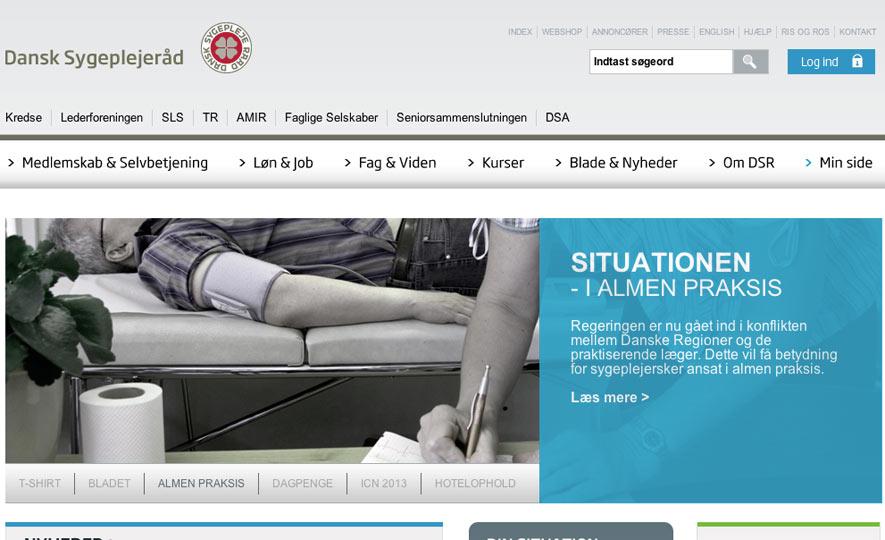 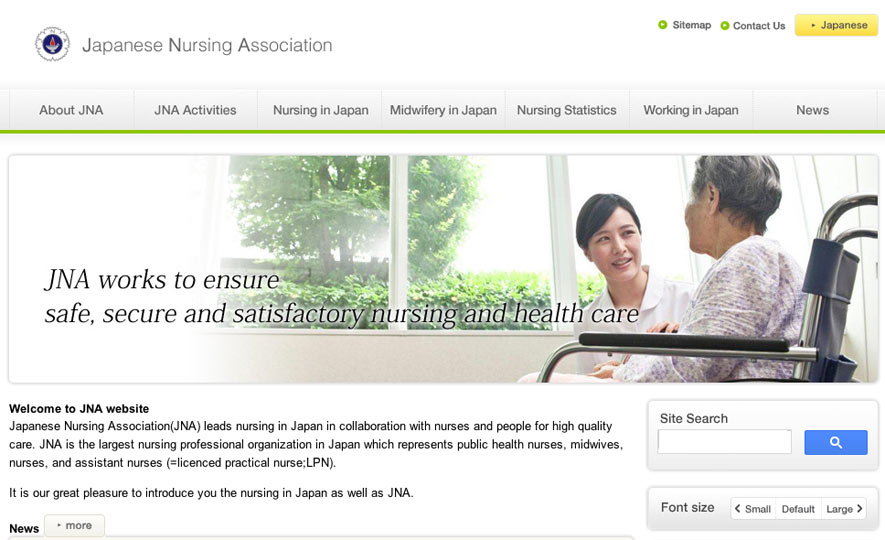 In order to appreciate the concept of MAS in design, you can compare these two websites of nursing associations in Denmark and Japan. Denmark has a MAS score of 16, while Japan has a 95 on the same Hofstede scale. When comparing the images, you can appreciate the role assigned to women. In Denmark, the nurses look more like medical professionals, while in Japan, it seems like they play a caretaker role.

The feeling of fear seems to be universal for humans. But the reaction to and prevention of these fears seems to be conditioned by the culture we belong to. Values, rituals or religion make our tolerance of ambiguity vary.

The following are the consequences UA has for interface, according to Marcus and Gould: 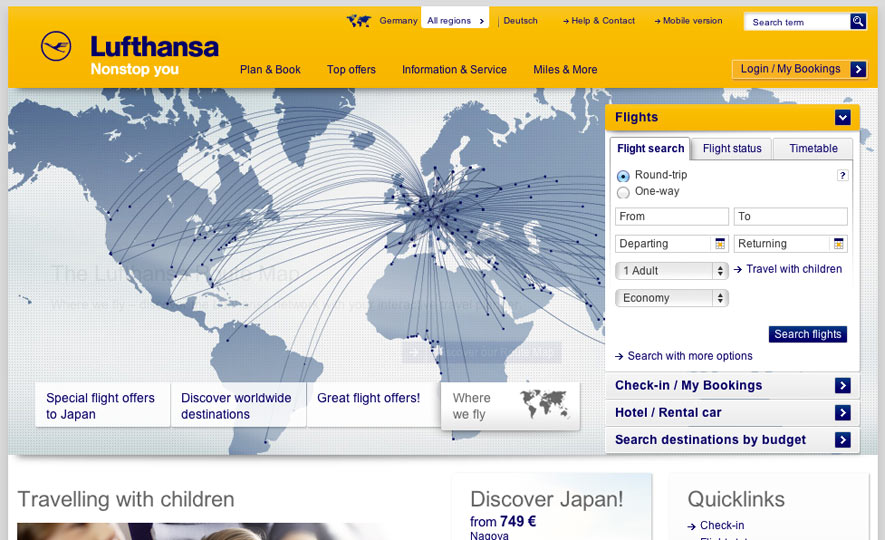 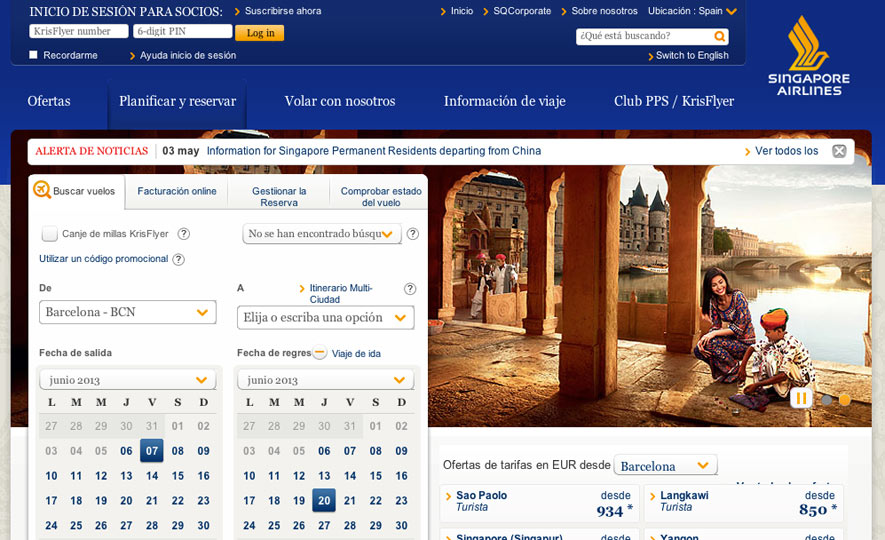 Let’s look at an example using airlines: Lufthansa, a German airline, from a country with a high UA of 112 points; and on the other hand, Singapore Airlines, from a country with a low UA of 8 points. Notice the number of ticket-buying options shown in the two cases. Look at the images that accompany the search engine. Lufthansa uses images to offer us information. Singapore Airline uses them simply as an accompaniment. Compare the quantity of options and content shown to users.

The time horizon for tasks plays a distinguishing role in many cultures. In Asian countries, Confucian philosophy has inspired, after thousands of years, a greater orientation towards the long term. This plays a more significant role in their behaviors.

The following are the consequences LTO has for interface, according to Marcus and Gould: 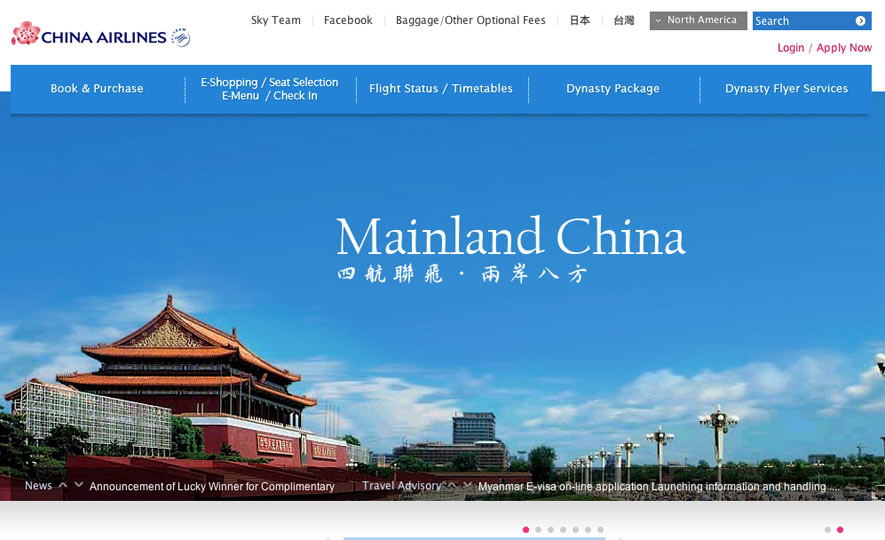 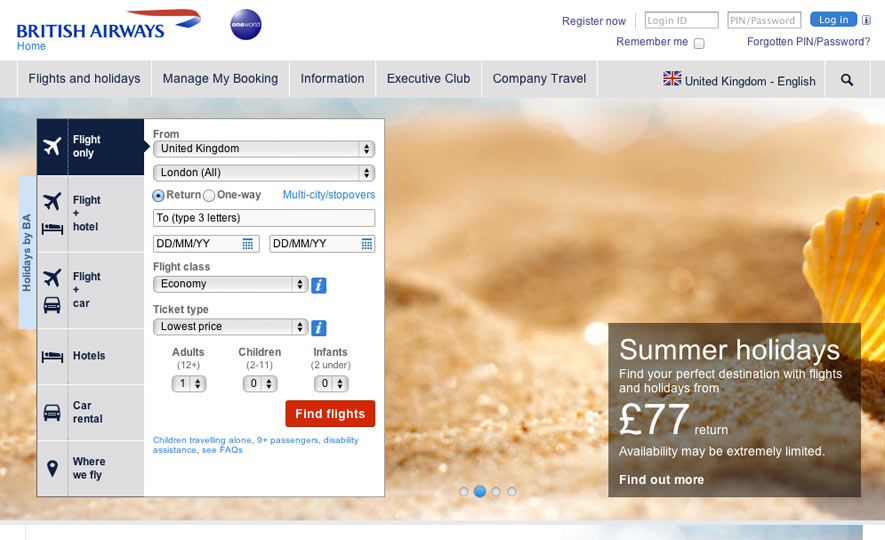 Let’s continue with the example of airlines: China Airlines, from a country with an LTO of 118 points, the highest in the world; and on the other hand, British Airways. England has an LTO of 25 points. The British website is aimed at achieving goals almost immediately. On the Chinese website, in order to access ticket sales, you have to be more patient and surf though the webpage until you find this function.

We think of design in a global way, and there is no doubt that we are advancing in that direction. But how many decisions about design, architecture, surfing, etc. are ours and how many are based on the culture we belong to? I’m afraid only someone from another culture could say.